An initiative helping passengers with communication difficulties has launched on Virgin Trains.

JAM cards, which can be presented physically or on an app, stand for "Just A Minute".

The cards allow holders to signal to train staff that they have an "invisible disability" in a discreet way, and avoid embarrassment.

Communication barriers include aphasia — a language disorder caused by a stroke or head injury that affects the ability to speak — and conditions such as Parkinson's disease and dementia.

Teams have been trained to help with those with the card and will give more time to communicate where possible.

The cards are designed and launched by Belfast-based social enterprise NOW group. This is the first time they have been used outside of Northern Ireland, where there are there are currently more than 20,000 cardholders.

Minister for Disabled People, Health and Work, Sarah Newton, said: "Travelling by train can be a stressful experience for people with communication barriers, but initiatives like the JAM card go to show that making small changes can have a massive impact I want to encourage other British train providers to follow Virgin Trains' lead." 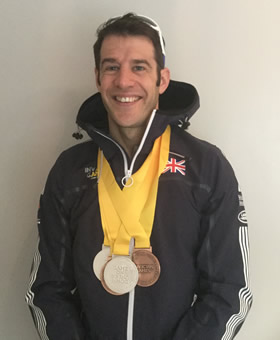 Zoe and Tess are proud to congratulate our client; Alex Dewar on his fantastic success at the recent Invictus 2018 games held in Sydney. Alex represented Great Britain in both swimming and road cycling, and won an amazing 2 silver and 2 bronze medals in his events! We hope to be cheering you on again at the next Games; Netherlands, 2020! 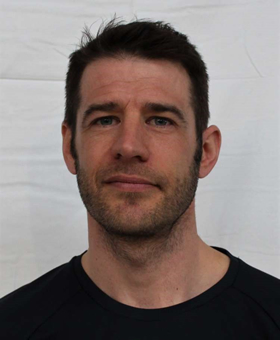 With his express permission, ACT for Yorkshire Ltd. is proud to announce that one of our clients has been selected to represent Great Britain in this year's Invictus Games. Former Warrant Officer, Alex Dewar, was medically discharged from the army in April 2018 following a brain haemorrhage in 2015. This was a life changing event for him and for his young family and they still struggle with the impact it has had on their day to day lives. It has been our pleasure to work with Alex and to provide ongoing treatment for the aphasia (communication difficulties) that he now has.

Alex will be heading to Sydney, Australia for the Games in October and will compete in cycling and swimming events. He has found sport to be of great benefit to both his physical and mental well-being; allowing him to focus on what he can still do, rather on his difficulties. As all the participants in the games are ex-military personnel with a wide variety of disabilities, he also feels buoyed by the support and camaraderie of his team mates. Alex hopes that his communications abilities will improve enough for him to seek employment; possibly within sports coaching or personal training.

We wish Alex all the very best for his training in the run up to the Games and look forward to cheering him on when he competes in October.